Today we want to ask the question is Linux dead? or is Linux dying out?. In this post, we break down the data.

It started as a hobby for Linus Torvalds all the way back in 1991 when Linux was first released. Over the following years, the Linux kernel grew in popularity. It is now 2021 going into 2022, Where is Linux in today’s market.

What can Google Trends tell us about Linux in 2021?

To answer this question we have pulled some data from Google trends. Their search function only goes back as far as 1st January 2004 but this data alone can show how the interest in Linux has changed over time. This graph goes up to the date of writing this article which is 14th December 2021.

If we look at the worldwide data that Google trends has given us we can see that Linux has declined in popularity since 2004. It also shows that in general interest in Linux is on the decline.

If we look at the same graph but over the past 5 years we can see the same pattern. Of course this is just search interest but I think it displays the reality that interest in linux is on the decline.

However this does not mean Linux is dead or dying out. In fact Linux is more popular today in the tech industry than ever before.

Just to add Google trends don’t offer us the official numbers but a percentage. Google trends is useful to see how subjects are trending and whether interest in that subject is in decline or increasing.

According to Fortune Business Insights “The Global Linux Operating System Market Size is projected to reach USD 15.64 billion by 2027, exhibiting a CAGR of 19.2% during the forecast period“.

Answer = No Linux is not dead or dying out. It will continue to thrive for many years to come.

Is Linux dead on Desktop Computers.

Again we will look at Google Trends which has the search data and since 2004 we can see that Ubuntu peaked in October 2007 and since it has been rapidly declining in popularity. In the below graph I have listed the two most popular desktop operating systems.

This trend has continued throughout the last 5 years.

We have done some further research on Statcounter and It shows over the past 12 months from the date this article was written Linux has a 2.09% marketshare of Desktop users. Where Windows is dominating with 74.27% and MacOS in second place with 16.05% of the market share.

Some general Linux Facts and Statistics

1. Linux is the most used OS in Cloud and Server environments.

With the rise of cloud computing Linux server’s power a large majority of the infrastructure.

2. Linux Gaming is improving and Linux is being used in cloud gaming.

Gaming on Linux has never been an easy experience in the past. With most of the major developers only creating games to work on Windows the progress has been slow. Linux has always had to work hard at emulating window environments to get applications and games developed for windows to work. Things are getting better for Linux with the support of some big names in the industry.

Steam has developed SteamOS as well as releasing it on their new handheld device called the Steam Deck. Both are developed on Linux and support gaming. There are over 7000 games and rising that run on Linux using Steam natively.

The biggest step forward is in cloud gaming. This means you can use a linux based system and play AAA windows games using a cloud service like Geforce Now or Google Stadia to name a couple.

Yes this is not native Linux gaming but it does mean those that can’t use Linux as their daily driver due to not being able to play AAA gaming titles can now do that.

Google Stadia cloud infrastructure is built on Debian Linux servers and uses Vulkan graphics api. With internet speeds across the world set to increase due to the infrastructure improvements as well as the deployment of 5G etc. Cloud gaming is set to continue to grow and the use of Linux will grow with it.

3. Android OS is built on Linux.

There are over 3 billion devices currently being used with the mobile operating system Android installed on them. Android is developed by Google and is based on the Linux kernel. With mobile technology growing at an ever increasing rate Android will continue to grow and with this so will the expansion of Linux.

76.9% of developers listed Linux as the platform that they preferred to work on in 2020. Even 90% of all Hollywood special effects are created using Linux machines.

5. Linux can run on nearly everything.

With the rise of single board computers like the Raspberry Pi (Check out our Raspberry Pi series here) Linux will run on more devices. Due to its modular structure Linux can be tailored to fit on the smallest and oldest hardware. It is ideal for this. We are also moving into a SMART future with IoT device use continuing to grow. Due to this Linux will continue to thrive for many years to come.

At Addicted to tech we love linux!.

We need your support.

We hope you enjoyed this article and that it was helpful and you got benefit out of it.

If you did, please consider supporting our channel by Subscribing to our YouTube channel, and liking and sharing our content.

You can also make a donation via Paypal or become a Patreon if you wish to do so.

← Previous: Is Linux Difficult To Learn Next: Install Dashy Dashboard Using Portainer and Docker on A Raspberry Pi 4 - Episode 30 → 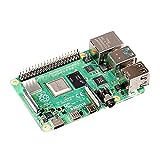 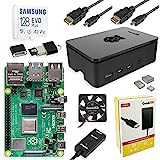 Is Linux Difficult To Learn

It is an important question to ask for every newbie to Linux. Is Linux difficult to learn?. Today we are going to look into this question in more detail. You will be surprised to know it is not as simple to answer as you may think. What is Linux in a nutshell?. Linux...

END_OF_DOCUMENT_TOKEN_TO_BE_REPLACED How to Install Clamav on ubuntu 20.4 lts – Linux

Today we are going to show you how to install ClamAV on ubuntu 20.4 LTS. This should work on most Debian based operating systems including Linux Mint.